In the near future, when the government controls the frontiers of medical science, any crime you commit could cost you your body.

Synopsis – In 2015, scientists discover how to achieve immortality, but the results are terrifying. A few privileged people benefit, but for everyone else life is a nightmare. The government controls science, so any crime you commit could cost you your body. 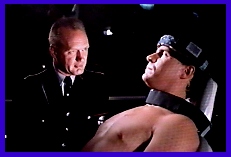