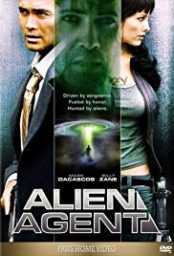 An alien warrior strives to save the earth from an alien syndicate that seeks to enslave it.

Synopsis – In this sci-fi action drama, Rykker is an alien warrior trapped on Earth. He is destined to fight a band of ruthless aliens called The Syndicate. The film opens with a spectacular highway chase, as Rykker eliminates several Syndicate agents.

Top Syndicate leader, Saylon, crash-lands on Earth. He is determined to build a wormhole link from Earth to his planet–enabling a full-scale invasion of Earth.

Isis, a sexy, ruthless Syndicate chief already on Earth goes on a robbery spree to steal the parts necessary for building the wormhole. She is determined to destroy Rykker and help Saylon’s plan.

Julie is a 15-year-old Earth girl whose family is murdered during the hijacking of a truck containing material for the portal. She and Rykker, thrown together by tragic circumstances, set out to destroy the Syndicate and save the Earth. They cross the country with the murderous Syndicate in hot pursuit, and at one point she saves Rykker’s life.

The exciting action climax takes place inside a nuclear reactor where Rykker and Julie fight Sayloon, Isis and their army of killers–with Earth’s survival hanging in the balance.

Critics’ Kudos:
“Nix,” SciFiCool.com: “On his quest to stop aliens Isis (Amelia Cooke) and Saylon (Billy Zane), Rykker (Mark Dacascos) gets unwanted help from a teenage human girl, Julie (Emma Lahana), whose family falls victim to the aliens. The aliens themselves are slowly but surely building their gateway, a Stargate-like device, with the help of a nebbish human scientist played by Kim Coates, spectacular in a goofy, twitchy performance.

“Alien Agent is an enjoyable actioner. Director Jesse Johnson is a stunt coordinator, and he’s directed the tournament-fighting movie Pit Fighter and a low-budget sci-fi movie called The Last Sentinel for The Sci Fi Channel. Having seen the former, I can tell you that Johnson knows how to stage fights, and as a result, Alien Agent excels whenever its characters drop the sci-fi angle and concentrate on the fighting. Because to be perfectly honest, the sci-fi stuff is really just excuses for characters to kick the crap out of each other, which, admittedly, they do very well.

“Mark Dacascos is an old hand with movies involving flying fists of fury. The film’s other notable kicker is Dominiquie Vanderberg, who was the star of director Jesse Johnson’s Pit Fighter. Alas, Vanderberg gets dispatched about halfway through, leaving Dacascos to flee from Amelia Cooke’s Isis, with Billy Zane doing cameo duty in the background, but still somehow garnering top marquee status alongside Dacascos. The fairer way to split the credits would have meant giving the gorgeous Amelia Cooke (Species 3) higher billing, as her character probably has just as much screentime as Dacascos.

“Mark Dacascos has always been a favorite of mine, and the film has enough humor to hang its hats on in-between the punching and kicking. I would recommend it.”

“Porfle,” HK and Cult Film Video News: “What Alien Agent has going for it is an abundance of action. Blazing shoot-em-ups and fierce hand-to-hand battles occur in quick succession with brief snippets of story to link them together. The martial arts sequences are well-staged and convincingly executed, and are edited so that the rapid-fire shots flow together very smoothly. The gunfights and car chases are similarly impressive, with an abundance of satisfying explosions and other mayhem. One early moment which got my attention shows warrior woman Isis firing a bazooka from a moving truck and blasting the pursuing Rykker’s car right off the road, all in one shot; another finds her blowing up half the cars and trucks in a parking lot as Rykker makes off in another vehicle.

“Dacascos, with his soulful demeanor and martial arts skills, is well-suited for the role of Rykker, while Emma Lahana makes for a spunky sidekick. On the bad alien side, Amelia Cooke plays a pretty convincing Isis. In a lesser role, the great Kim Coates, who was Chet in the celebrated ‘Touch me again, I’ll kill ya’ scene from The Last Boy Scout, makes a welcome appearance as a sniveling human scientist in league with his future alien overlords.

“DVD specs include 1:78:1 widescreen, Spanish subtitles, and a trailer. This Allumination Filmworks release is rated R for violence and brief nudity, the latter consisting mainly of a nude shot of a showering Julie.

“Alien Agent is an action-packed diversion that’s fun to watch.”

John Savage, d3rang3d: “As an alien race is facing certain extinction on its home world, a lone soldier is sent to Earth to prevent a vicious faction from exterminating the human race and taking over our beloved planet. As far as sci-fi-ism’s are concerned this movie has it all: classic good and evil battling it out (morality vs survilvalism, the good guy is in white and the bad guy is in black, the guy in white gets the girl and the guy in black gets a bullet); no matter how many times the good guy gets knocked down, he’ll always get back up, and you know he’s gonna come back stronger.

“The movie is actually quite a good action flick.
There is fun in Alien Agent; once the action starts to rattle along it does so at an exciting rate. Mark Dacascos certainly knows how to do a proper martial arts sequence for the camera and this I would say is where Alien Agent’s strength lies in it’s action. There is plenty of it. Billy Zane puts in a fine performance as the evil commander, and Amelia Cooke puts in a fine performance as the sexy evil sidekick who is driven by a passion to save her people even at the demise of our own.

“All in all I would recommend this flick to folks who are looking for a bit of sci-fi with a lot of gung-ho thrown in; it’s got big explosions and some nice babes, (so) get the beer in and enjoy!”

Stars: martial arts champion Marc Dacascos (Saturn Award nom for Brotherhood of the Wolf; also appeared in Cradle 2 the Grave, The Island of Dr. Moreau, Crying Freeman, Code Name: The Cleaner, Double Dragon, Drive, Nomad, Wing Commander IV: The Price of Freedom, Only the Brave, Dim Sum: A Little Bit of Heart, Sabotage, 87 episodes of Iron Chef America: The Series, 22 episodes of The Crow: Stairway to Heaven, four episodes of General Hospital, three episodes of The Legend of Bruce Lee and 38 other movies and TV projects); Billy Zane (won Blockbuster Favorite Supporting Actor and an MTV Best Villain award for Titanic, which also got him a SAG Award nom; won Best Actor award at the B-Movie Film Festival in New York City for I Woke Up Early the Day I Died; also appeared in Dead Calm, Back to the Future, Zoolander, Tombstone, BloodRayne, The Believer, The Phantom, Memphis Belle, Kurtlar Vadisi – Irak, Critters, Snipers, Only You, Orlando, Three, Kingdom Hearts, Back to the Future Part II, Conspiracy: The Trial of the Chicago 8, five episodes of Twin Peaks, five episodes of Samantha Who?, four episodes of Boston Public, three episodes of Charmed and 74 other movies and TV projects) and Amelia Cooke (Species III, Stanley’s Girlfriend, Trapped Ashes and eight episodes of Tilt).

Executive Producers: Charles M. Fries (The Martian Chronicles, Bridge Across Time, Canes, Veiled Truth, Progeny, L.A.P.D.: To Protect and Serve, Gedo, Four Extraordinary Women, To Have and To Hold, Undercurrent, Halloween with the New Addams Family); Jon Fries (Undercurrent, Morning, Claws, Rattler, Bungalow 9); Kirk Shaw (Leo award noms for Secret Files of the Inquisition, Helen and Battle in Seattle; also produced Blonde and Blonder, Canes, Pursued, Numb, Tortured, While She Was Out, Third Man Out, The Two Coreys, Personal Effects, I Know What I Saw, When a Man Falls in the Forest, 22 episodes of Blood Ties, 13 episodes of Under One Roof, seven episodes of Painkiller Jane, four episodes of Secret Files of the Inquisition, three episodes of Ghost Towns of Canada, three episodes of Vanity Insanity and 114 other movies and TV projects); Martin J. Barab (State and Main, Love & Sex, The Keeper, Day of Wrath, A Dog of Flanders, Touching Wild Horses, Time of the Wolf, The Limit, White Rush, Caged Fear and 13 other movies and TV projects) and Maurice Smith (Screwballs, Totally Blonde, The Cycle Savages, Flesh Gordon Meets the Cosmic Cheerleaders, Grotesque, Spasms, Delinquent School Girls, Julie Darling, Trancers 6, The Glory Stompers, Demon Keeper and 18 other movies and TV projects).

Original Music by Michael Richard Plowman (won six awards and had 12 other nominations for Medal of Honor, Edgar & Ellen, Sledhead, Impact, Jibber Jabber, Class of the Titans, George of the Jungle, Mustard Pancakes, Swap, The Collector, Yakkity Yak and Pits; he also scored Trucks, Never Cry Werewolf, Splinter Cell, Shot From the Sky, The Last Mission, Edison and Leo, The Plot to Kill Nixon and 103 other movies and TV projects).

Production Design by James Hazell (won two awards and two other nominations for The Next Great Chef and The Burial Society; also designed Veiled Truth, Slap Shot 3: The Junior League, The Perfect Child, Nightmare at the End of the Hall, Odysseus and the Isle of the Mists, Riddles of the Sphinx, four episodes of The Next Great Chef and three episodes of Painkiller Jane).

Visual Effects: Douglas Kerr (Canadian Zombie, Blonde and Blonder, Deep Evil, Thanksgiving Family Reunion, Canes, Shock to the System, Veiled Truth, Bloodsucking Cinema, 96 episodes of Poker After Dark, 11 episodes of Blood Ties, four episodes of Secret Files of the Inquisition and 45 other movies and TV projects); James McLeod (The Art of War: Betrayal, Storm Cell, The Unquiet and eight episodes of Blood Ties) and Jon Shaw (Christmas Town, The Art of War II: Betrayal, When a Man Falls in the Forest, Deadly Skies, A Very Cool Christmas, Numb and Under the Mistletoe).

Memorable Quotes:
Julie: Hey, I can help you on your mission. It’s for the human race, right?
Rykker: You can’t.
Julie: Oh, yeah. Who saved your ass from vampira with a sub machine gun? 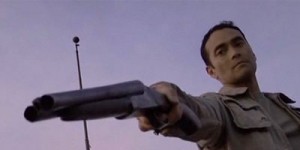 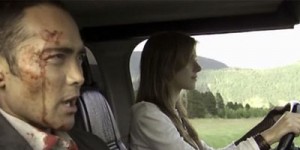 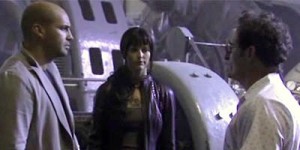 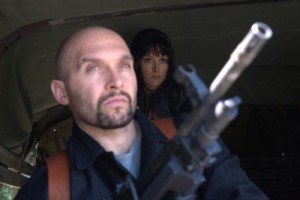 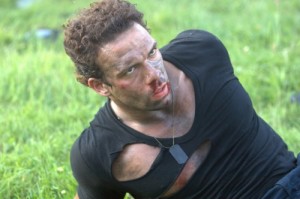 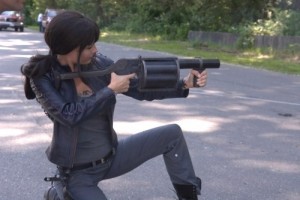 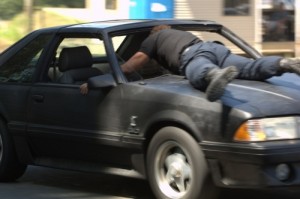 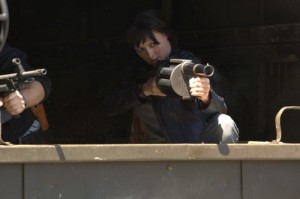 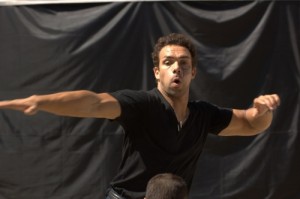 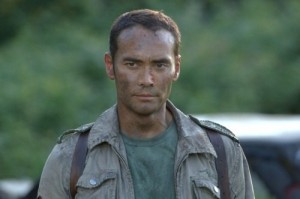 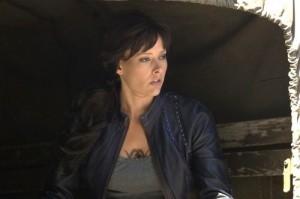 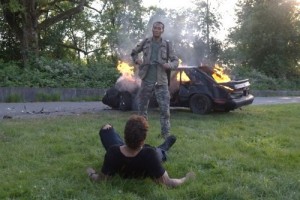 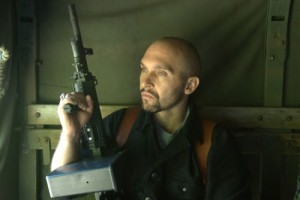 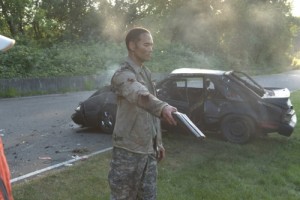 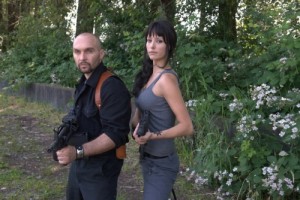 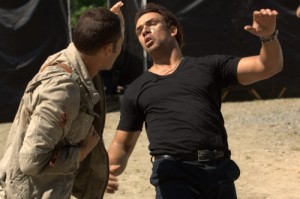 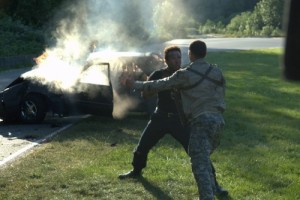 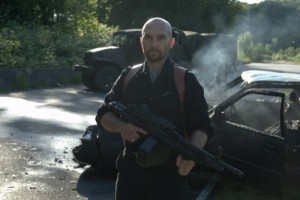 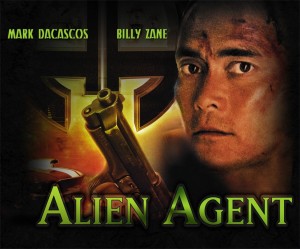 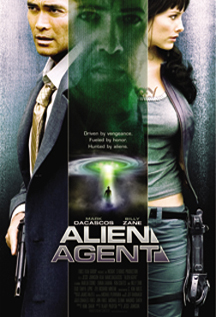