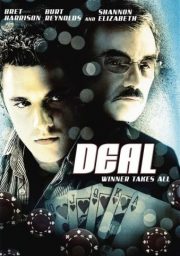 An ex-poker player coaches a youngster and partners with him in big money tournaments, but in time they face off as rivals in the big-money tournament final.

Boxoffice Data:
After 16 days in domestic release, it had grossed $61,626 in 51 U.S. theatres. It ranked #80 among movies then on American screens.

Poker Stars’ Kudos:
Vince Van Patten (host of The World Poker Tour): “Deal Captures the Poker tour like it is.”

Phil “The Unibomber” Laak” “This one is the real deal.”

Joseph Hachem (World Series of Poker 2005 winner): “Deal is the best poker movie since Rounders. It’s a must see for any poker fan.”

Antonio “The Magician” Esfandiari: “Deal is the authentic poker movie for anyone who loves the game.”

Critics’ Kudos:
John Anderson, Variety: “With the popularity of poker being what it is, every movie may eventually be moved to the card table: ‘Ante Mame.’ ‘Deck Tracy.’ ‘Flush Gordon.’ Sam Spade will make a huge comeback. Meanwhile, we have Deal, aka The Color of Money with cards instead of cue balls, replete with a battered Burt Reynolds as the sage vet and Bret Harrison as the brash young phenom. Public fascination with Texas Hold ’em and other poker variations will likely bolster B.O. Reynolds maintains his old gleam of mischief. His Tommy is cryptic and wise, impatient and usually right about how to play those cards. Production values are fine.”

James Berardinelli, ReelViews: “The poker sequences are the best thing about Deal. Burt Reynolds brings a certain gravitas to his role, and his stoicism at least allows us to accept him as Tommy. Shannon Elizabeth looks hot.”

J.R. Jones,Chicago Reader: “The main pleasure of this high-stakes-poker drama is watching a septuagenarian Burt Reynolds effortlessly revive his 70s screen persona as a strutting paragon of male shrewdness and sexuality. Writer-director Gil Cates Jr. also gives him a halfway interesting character to play, a former poker star who’s given up competition to keep his devoted wife but gets pulled back into the game mentoring a clever young college champ. There are cameo appearances by such TV poker stars as Vincent Van Patten, Antonio Esfandiari and Phil “the Unabomber” Laak.”

Elizabeth Leitch, HollywoodJesus.com: “At least half of the movie consists of actual Texas Hold ’em games. Sitting across from our main characters at almost every table are many of the most recognizable names of real life Texas Hold ’em royalty. And taking cues from the increasingly popular televised tournaments on which it is based, Deal mixes the spectator’s view of the psychological battle at each table with the insider’s knowledge of the cards in every player’s hand, for a surprisingly strong level of suspense almost every time the cards fly.”

“Jarrod,” MatchFlick: “Burt Reynolds lends a touch of class to the proceedings, exuding screen presence that allows him to completely dwarf his co-stars.”

Cast includes: Maria Mason (Last Holiday, Vampire Bats, JFK, Candyman: Farewell to the Flesh and Stuck in the Suburbs); Gary Grubbs (JFK, Deja Vu, Ray, The X Files, Runaway Jury, The Astronaut’s Wife, All The King’s Men, Silkwood and 107 other films and TV projects); Caroline McKinley (Glory Road, Katherine, The Last Time, Elvis and Girl, Positive); Charles Durning (Oscar noms for The Best Little Whorehouse in Texas and To Be Or Not To Be; five Golden Globe noms, with a win for The Kennedys of Massachusetts; eight Emmy noms for works including Evening Shade, Death of a Salesman and Homicide: Life on the Street; won five awards and another nom for works including State and Main and Dog Day Afternoon; appeared in Scarface, O Brother Where Art Thou, The Sting, The Hudsucker Proxy, Tootsie, Dick Tracy, 24 episodes of Rescue Me, seven episodes of Everybody Loves Raymond, 13 episodes of First Monday and 180 other films and TV projects); Brandon Olive (Won 2005 Best Performance Prize at the Foursite Film Festival for Thirst; appeared in Mr. Brooks, Factory Girl, The Shaggy Dog, Prom Night and A Guy Named Murphy); Jennifer Tilly (Oscar nom for Bullets Over Broadway; five awards and eight other noms for works including Liar Liar, Bound, Bride of Chucky, Intervention and It’s Garry Shandling’s Show; appeared in Monsters Inc, The Doors, Stuart Little, The Haunted Mansion, The Fabulous Baker Boys, The Cat’s Meow, Saint Ralph, 16 episodes of Family Guy, 10 episodes of Key West, six episodes of Hill Street Blues and 76 other films and TV projects); Jon Eyez (Shooting Galler, Father of Lies), J.D. Evermore (Walk the Line, Waiting, The Guardian, Where the Heart Is, The Rookie, The Great Debaters, Stop-Loss and 25 other films and TV projects) and professional poker players Chris Moneymaker, Michael Sexton, Vince Van Patten, Phil Laak, Antonio Esfandiari, Courtney Friel, Scott Lazar, Isabelle Mercier, Joe Hachem and Greg Raymer.

Production Design by Frank Zito (production designer on Shooting Gallery, Tresspassing, Home of Phobia and We’re Off to See the Munchkins; art director on The Last Time, Waiting and Infidelity). 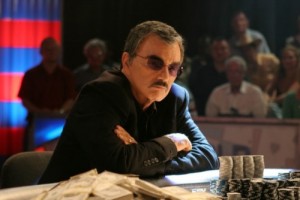 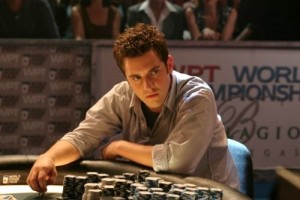 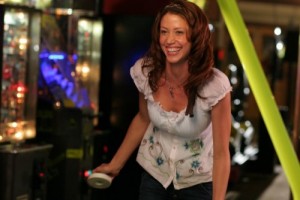