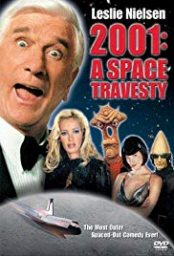 A bumbling U.S. Marshall tries to rescue the U.S. president from imprisonment on another planet.

Synopsis – Leslie Nielsen once again plays a bumbling detective in the vein of the ‘Naked Gun’ movies, but this time as Marshall Richard ‘Dick’ Dix. When odd reports are received through official channels stating that the President of the United States is being held captive on a secret international moon base called Vegan and that he has been replaced on Earth by a clone, the US Marshall Service immediately sends their ‘best’ man, Dix, on the mission. Dix travels to Vegan to rescue the president, but is quickly duped and ends up returning to Earth where he installs the clone-president and removes the real one. The bumbling Dix must then find a way to restore the real president before aliens take over the Earth and restore in himself a belief in truth, justice and the American way.

Festival Screenings and Release Dates:
The space comedy 2001: A Space Travesty screened at the 2000 Tokyo International Fantastic Film Festival and at the 2001 Brussels International Festival of Fantasy Films. In 2000 it screened in Portugal, Japan and Greece. In 2001 it bowed on screens in The Czech Republic, South Korea, Poland, Spain, Canada, Lithuania, Russia and the Philippines. It screened in Germany, Austria and France in 2002. It made its video premieres in the US in 2002 and in Norway in 2003. It was released on DVD in Norway on Coct. 29, 2003.

User Ratings: According to evaluations by 5054 users of the Internet Movie Database, as of April 15, 2009, the group that liked this film best was people aged 17 and younger.

Critics’ Kudos:
Needcoffee.com DVD Reviews: “While Leslie Nielsen’s brand of slapstick goofiness might not be to everyone’s taste, those who do appreciate this kind of humor…as well as sexual jokes, will also enjoy this new offering. You have to appreciate any actor who doesn’t think he’s too good to make fun of himself, and that’s what Nielsen does here. He isn’t afraid to look silly in order to get a laugh, and he still gets the girl. How can you not love such innocence in a jaded world?”

Jeremy Frost, UpcomingDiscs.com: “In the same mold as Space Balls, Leslie Nielson has brought his far-out comedic style to DVD in 2001: A Space Travesty. The planet Vegan is a strange place run by an evil doctor and inhabited by aliens who, having learned to speak English from watching television, all talk like different Hollywood movie stars.

“The story is funny and good for a comedic kick. The surround channels were used much more than I would expect with a film such as this, and this helped to create a solid soundstage.”

The San Francisco Horror and Fantasy Film Review: “A baggy pants comedia dell’arte farce. One scene contains a surprisingly scientifically accurate demonstration of how to drink beer in zero g.”

Kim Linekin, Eye Weekly: “The credits are amazing! In between the standard job titles, the credits give shout-outs to Poli-Grip, drug runners, Leonardo da Vinci and the number 666.”

Writers are Alan Shearman (Shrimp on the Barbie, The Seventh Scroll, Mog, Bullshot and Lapitch the Little Shoemaker) and Francesco Lucente (Badland, Frontline and The Virgin Queen of St. Francis High).

Cast also includes Ezio Greggio (Dracula: Dead and Loving It, Drive In, Yuppies 2 and 24 Italian films or TV works); Peter Egan (won BAFTA for The Hireling and was nominated for a Daytime Emmy for Arthur; appeared in Death at a Funeral, Bean, Chariots of Fire, The Wedding Date, Elizabeth R, A Woman of Substance, A Perfect Spy, Callan, Hennessy, six episodes of Home Again, 26 episodes of Ever Decreasing Circles, 16 episodes of Joint Account, 10 episodes of Paradise Postponed, nine episodes of Lillie, eight episodes of Prince Regent, eight episodes of Big Breadwinner Hog, four episodes of Ruth Rendell Mysteries, four episodes of Reilly: Ace of Spies, four episodes of The Inheritors, three episodes of Empires: Egypt’s Golden Empire and 37 other movies and TV projects); Damian Mason (debut); Pierre Edwards (The Wash, B.A.P.S., How to Be a Player, For Love of Da Money and The Breaks); David Fox (nominated for a Best Supporting Actor Genie Award for When Night is Falling and for a Best Actor Gemini Award in Across the River to Motor City; also appeared in The Saddest Music in the World, Mrs. Soffel, Les Aventures de Tintin, Conquest, Snow Cake, Population 436, Anne of Green Gables: The Sequel, Grey Owl, 17 episodes of Road to Avonlea, six episodes of Across the River to Motor City, five episodes of X-Men, three episodes of Being Erica and 77 other movies and TV projects); Sam Stone (Lucky Number Slevin, Eye of the Beholder, Scanners, Police Academy 3: Back in Training, In Love and War, Mrs. Parker and the Vicicous Circle, Nuremberg, Joshua Then and Now, Bonanno: A Godfather’s Story, Le Matou, Ford: The Man and the Machine and 60 other movies and TV projects) and Verona Feldbusch (German mega-celebrity, politician and underwear designer; she has appeared in Driven, S.O.S. Barracuda 2, Meine Polnische Jungfrau, Die Blaue Kanone, On the Wings of Love, 21 epiodes of Extreme Activity).

Original Music by Claude Foisy (won BMI Film Music Award for The 4400 and was nominated for a Best Music Score Gemini Award for First Wave; also scored White Noise, Touch Me, Pontypool, Kiss Me Deadly, The Cradle Will Fall, Jailbait, The Snake King, Termination Shock, 66 episodes of First Wave, 44 episodes of Ghost Stories, 22 episodes of The 4400, three episodes of Hart to Hart and 17 other movies and TV projects).

Trivia:
In the Philippines, this film has the amusing title: “Marshall Dick: Son of Naked Gun.” 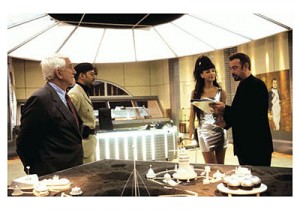 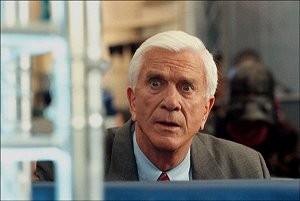 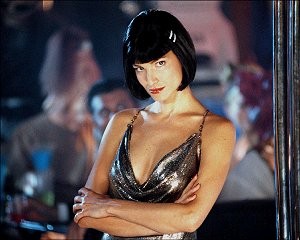 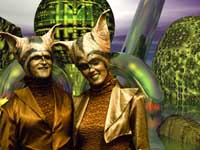