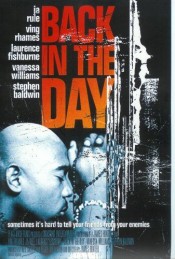 During a crime, a young man accidentally murders a preacher and then falls in love with his daughter.

Synopsis – In this urban crime drama, a young man gets involved with an old friend who is recently released from prison and participates in the murder of a preacher. Later, he falls in love with the preacher’s daughter. Ultimately, he must choose between his friend and all the things he holds dear.

Your Video Store Shelf review:
“When it comes to its core story, Back in the Day does a decent job at conveying what’s needed.
The DVD has a behind-the-scenes featurette and a series of cast interviews.”

Stars Ja Rule (Scary Movie 3, Shall We Dance, The Fast and the Furious, Half Past Dead, Half Past Dead 2, Furnace, Friday After Next, Biker Boyz; Teen Choice Award nominee for Assault on Precinct 13); Tatyana Ali (Kiss the Girls, Crocodile Dundee II, Brother, Jawbreaker, The Clown at Midnight, Glory Road, Nora’s Hair Salon II, The List, Domino One and nine episodes of The Young and the Restless; three awards and six other noms for The Fresh Prince of Bel-Air) and Ving Rhames (Pulp Fiction, Con Air, Out of Sight, Dave, Striptease, Dawn of the Dead, three Mission Impossible films, Idlewild, I Now Pronounce You Chuck & Larry, 10 episodes of Kojak and 67 other films and TV projects; won Golden Globe for Don King: Only in America; two more awards and 18 other nominations for works including Rosewood, Bringing Out the Dead, Baby Boy, Mission Impossible 2, Sins of the Father, Holiday Heart, Dark Blue and Entrapment).

Cinematography by Donald M. Morgan (won five Emmys, five other major awards and six other nominatons for works including Something the Lord Made, For Love or Country: The Arturo Sandoval Story, Out of the Ashes, The Siege at Ruby Ridge, Geronimo, Elvis, Murder in Mississippi and Dillinger; also shot Christine, Starman, Used Cars, I Wanna Hold Your Hand, Meatballs: Part II, Vengeance Unlimited, Sheila Levine is Dead and Living in New York, eight episodes of Crossing Jordan and 56 other movies and TV projects).

Production Design by Marc Greville-Masson (The Source, I Witness, Candyman: Day of the Dead, No Strings Attached, 15 episodes of Red Shoe Diaries and 13 episodes of ChromiumBlue.com).

Links:
Internet Movie Database entry for Back in the Day

Back in the Day trailer at imdb.com 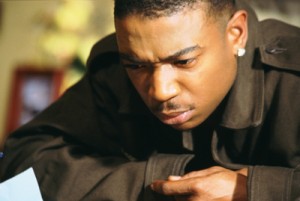 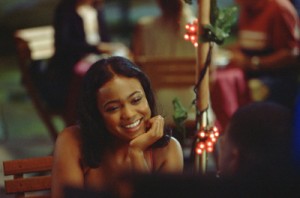 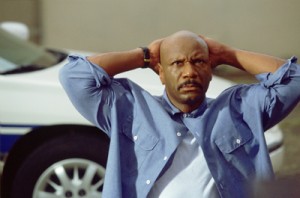 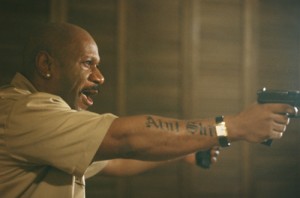 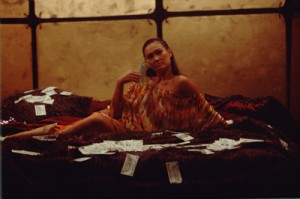