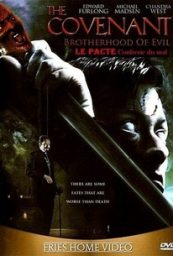 A blind man is given a “devil cane” that permits him to see, but it comes with a deadly price.

Synopsis – In this horror thriller, a PR man is blinded by a thug and given a “devil cane” that allows him to see–for a price. He is indoctrinated into a secret covenant of evil whose members all have the devil canes and are trying to bring on the end of the world. Eventually, the covenant demands that he kill his wife.

Critics’ Kudos:
Martin Boucher, Film Fanaddict: “Edward Furlong leads the cast of seasoned performers such as Michael Madsen, Chandra West, and Kim Kondrashoff to demonstrate that any association with a demon-like character can bring nothing but trouble. Indeed, Furlong is David, a happy- go-lucky guy whose world is shattered when first he is passed over for promotion in favor of a slick and devilish co-worker played by Tobias Mehler; second he loses his sight to spray paint by a quick-on-his-feet Satan worshipper (Richard Stroh). Our protagonist becomes the poster boy for unhealthy choices and raises hell all around him.

DVD Empire: “An ancient artifact in the form of a demonic cane unleashes a conspiracy of unspeakable evil upon humanity in this pulse-pounding horror thriller.”

The producer is Maurice Smith (Totally Blonde, The Savages).

Original Music by John Sereda (The House Next Door, The Lotus Eaters, The War Bride; won Best Score Leo Award for Secret Files of the Inquisition).

Cinematography by Shaun Lawless (The Untold).

Costume Design by Farnaz Khaki-Sadigh (Not My Life).

Visual Effects by Douglas Kerr (Blonde and Blonder, The Art of War II: Betrayal, Pursued, Alien Agent, 12 Hours to Live, 96 episodes of Poker After Dark, 11 episodes of Blood Ties, four episodes of Secret Files of the Inquisition and 46 other movies and TV series) and Jon Shaw (Numb, Alien Agent, When a Man Falls in the Forest, Shock to the System, Family in Hiding, Veiled Truth, Lesser Evil, Thralls, Deadly Skies and 30 other movies and TV projects). 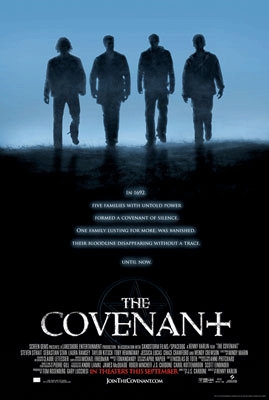 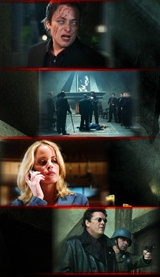 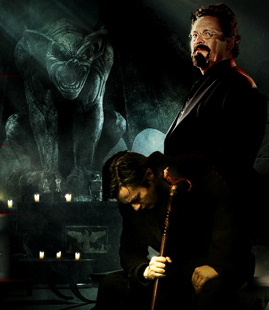