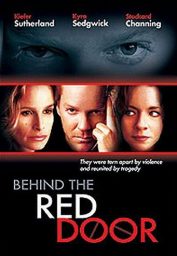 A dying designer coaxes his estranged sister into helping him cope with his illness, while they come to terms with their family’s troubled past.

Synopsis – Behind The Red Door is a story of a woman’s journey through the forgotten past of her family’s violent history and her mother’s tragic murder. Natalie’s last chance for redemption, and for freeing herself from her past by facing the truth she has hidden from all her life, comes unexpectedly when a crisis reunites her with her long-estranged brother, Roy.

When a mutual friend, Julia tricks Natalie into going to Boston and forcing a reunion with her brother, her small, protected world starts to come apart. Roy is dying, and is desperate to have his sister by his side, but she wants to stay away, out of reach of his rage. His fear of not being loved, and her fear to love at all, is their conflict, progressing as Natalie finds out the truth of what happened to their mother.

Their conflicts resolve through the ultimate realization that she and her brother are two sides of the same emotional coin and that only with his love did she have the courage to face the tragic truth of their mother’s murder by their father. Natalie had come home to save her brother’s life and instead he saved hers.

Critics’ Kudos:
Ray Richmond, The Hollywood Reporter: “It features some magnificent work from leads Kiefer Sutherland and Kyra Sedgwick–who have rarely been better.”

Jerry Weinstein, Culturevulture.net: “A portrait of a family of two who are at last there for each other.”

Jeffrey Robinson, DVD Talk: “This feature seemed to focus on a few distinct areas: one the growing relationship of a brother and sister who come from a dysfunctional family and a weak and timid individual becoming someone stronger. Behind the Red Door also hopes to touch upon society to increase awareness surrounding the AIDS and HIV virus. The feature’s subject matter is extremely dramatic and powerful.”

“Ripley,” Almost Fabulous Movie Reviews: “Kiefer was interesting, Kyra was angry, and both were believable as brother and sister. The house was impressive and the view beyond its many windows was stunning, gorgeous, breathtaking.”

Major Cast and Crew Credits and Awards:
Directed by Matia Karrell (directed Once Upon a Wedding, three episodes of TV’s The Wonder Years, 27 episodes of American Heiress and Episodes of The West Wing, Parenthood, Great Scott and Doogie Howser, M.D.; Oscar nominated for the 1988 best short live-action film for Cadillac Dreams).

Stars Kiefer Sutherland (won a Golden Globe for 24; 11 other wins and 34 other nominations for that program and works including Dead Heat, The Bay Boy, Phone Booth, A Time to Kill and Young Guns; appeared in Flatliners, A Few Good Men, Stand By Me, Dark City, The Lost Boys, The Three Musketeers, Taking Lives, Freeway, The Vanishing, 172 episodes of 24 and 54 other movies and TV projects); Kyra Sedgwick (nominated for five Golden Globe Awards, winning for The Closer; won five other awards and 20 more nominations for that program and works including The Woodsman, Phenomenon, Something to Talk About, Heart and Souls, Miss Rose White and Cave Dweller; appeared in Born on the Fourth of July, Secondhand Lions, Singles, Murder in the First, Mr. and Mrs. Bridge, The Game Plan, Door to Door, Something the Lord Made, 43 episodes of The Closer, six episodes of Queens Supreme and 31 other movies and TV projects) and Stockard Channing (Oscar nom for Six Degrees of Separation; nominated for 14 Emmys, winning for The West Wing, The Matthew Shephard Story and Jack; won 13 other major awards and 18 additional nominations for works including The First Wives Club, The Business of Strangers, The Fortune, Moll Flanders, The Baby Dance, An Unexpected Family, Road to Avonlea, Perfect Witness, Echoes in the Darkness and Up Close & Personal; appeared in Grease, The Cheap Detective, Smoke, Where the Heart Is, Must Love Dogs, Le Divorce, The Hospital, Smoke, Anything Else, Lincoln, Lucan, 80 episodes of The West Wing, eight episodes of Out of Practice, six episodes of Batman Beyond, 13 episodes of The Stockard Channing Show, 10 episodes of Stockard Channing in Just Friends and 50 other movies and TV projects).

Cinematography by Robert Elswit (was Oscar nominated, won an Independent Spirit Award and two other awards and earned three other nominations for Good Night and Good Luck; won Oscar for There Will Be Blood; nominated for a Satellite Award for Memoires of a Geisha and was nominated for Independent Spirit Best Cinematography Award for Sydney; won four other awards and six other noms for works including Magnolia, There Will Be Blood and Good Night and Good Luck; also shot Boogie Nights, Michael Clayton, 8MM, Punch-Drunk Love, Syriana, Tomorrow Never Dies, Runaway Jury, Heist, The Hand That Rocks the Cradle, Redbelt, Waterland and 41 other movies and TV projects).

Producers: Kjehl Rasmussen (Conversations With Other Women, Animal Behavior, The Californians, The Circle and The Corndog Man) and Matia Karrell (debut).

Costume Design by Marie J. Sharpe (Young Triffie’s Been Made Away With, Clothesline Patch and The Danger Tree).

Links:
Internet Movie Database entry for Behind the Red Door 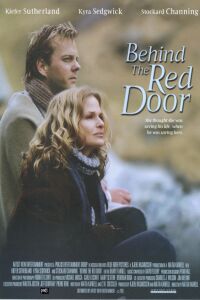