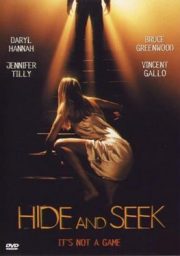 A desperate, childless couple kidnaps a pregnant woman and leads her husband to believe that she is dead.

Synopsis – Daryl Hannah and Bruce Greenwood are a happy married couple until deranged childless couple Jennifer Tilly and Vincent Gallo kidnap her, fake her death and plan to steal her baby. When she isn’t cursing or throwing up, she’s attempting to escape, trying to avoid Gallo’s fumbling sexual advances and fogging in and out of drug-induced blackouts. She keeps escaping and gettting caught by her tormentors. Her husband eventually finds out where she is and engages in a deadly contest with the kidnappers.

Critics’ Kudos:
G. Noel Gross, DVD Talk: “Taut, often riveting thriller with strong performances throughout, especially by Jennifer Tilly. You’d think a movie where a silk nightie’d Daryl Hannah spends most of her screen time chained and spread-eagled to a bed would be a monster hit. Tension is plentiful. And thanks to Helen’s baby-talk tirades, there’s also some blissfully dark humor. With the abduction/baby-stealing story line, it’s destined for high rotation on the Lifetime network. Recommended.”

Ryan Cracknell, Apollo Movie Reviews: “The main reason to watch this film is the great performance turned in by Jennifer Tilly. She’s got by far the best part in the film, and she follows through, carrying the movie all by herself. She can go from happy to sad to blood-thirsty huntress in a matter of seconds.”

Viewers’ Ratings:
As of March 8, 2007, 622 people had evaluated Cord/Hide and Seek at the Internet Movie Database and 53.2% of them gave it positive ratings. All demographic groups rated it positively, with the most enthusiastic being women aged 30-44 (who rated it 6.4 out of 10) and people 17 and younger.

Cast also includes Johanna Black (The Deviants, The Wrong Guy, Night of the Living Dead 3-D); Sharon Bajer (Shall We Dance, Hell Bent, Scared Silent); Chad Bruce (Capote, Wishmaster 3: Beyond the Gates of Hell, A Season on the Brink) and Blake Taylor (Roswell: The Aliens Attack, The Arrow, Falcon Beach).

Executive producers: Walter Josten (Pinocchio’s Revenge, Night of the Demons, Emmy for The Incrediby Mrs. Ritchie: 30 other films and TV projects); Jeff Geoffray (Leprechan 3, Witchboard III, Night of the Demons III and 24 other films and TV projects) and Gilles Paquin (Wishmaster 4: The Prophecy Fulfilled, Wishmaster 3: Beyond the Gates of Hell, The Clown at Midnight).

Producers: Gary Howsam (The Deal, Dead Mary, The Tudors) and Pieter Kroonenberg (The Hotel New Hampshire, Bleeders, Wild Thing; won 1994 CableACE Award for The Sound and the Silence; nominations for Bethune: The Making of a Hero and To Walk With Lions).

Original Music by Robert Carli (Silver Wolf, Murder in the Hamptons; seven Gemini and Golden Reel Award nominations for works including External Affairs, Eight Days to Live, Open Heart and At the Hotel).

Cinematography by Curtis Petersen (Crime Spree, Wishmaster 3: Beyond the Gates of Hell, Ski School and Abraxas, Guardian of the Universe).

Production Design by Rejean Labrie (Twilight of the Ice Nymphs, The Heart of the World, My Dad is 100 Years Old).

Set Decoration by Stephen Arndt (The Big White, The Saddest Music in the World, Fear X).

Release Data:
In 2000 the film debuted in Jakarta and Tokyo and made its video or DVD premieres in Germany, USA, Argentina and UK. 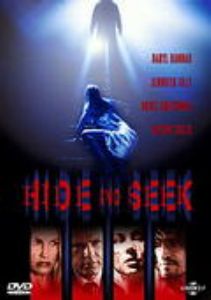