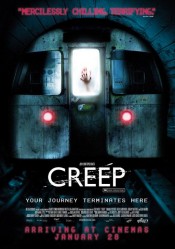 Three people are trapped in the London subway at night, pursued by something dangerous and mysterious.

Synopsis – In this horror thriller, heading home late one night after a party, Kate falls asleep while waiting for her subway train. She awakens to find herself trapped in the London underground, with all the doors locked for the evening. She is attacked by a co-worker who has followed her, until a mysterious unseen creature drags him away and kills him.

This begins a terrifying ordeal, as Kate and a young homeless couple are stalked through the dark tunnels by something dangerous.

Boxoffice and Business:
In the U.K., Creep played on 195 screens and grossed $2.3 million over four weeks. It played on 20 screens in the Netherlands, grossing $74,514 on 20 screens in the week of Aug. 7, 2005. Opening in Germany on January 1, 2006, it had 117,225 admissions. It also had theatrical runs in Austria, Spain, Singapore, France, Belgium, The Philippines, Japan, Italy, Poland, Argentina, Hong Kong, Egypt, Thailand, Mexico, Panama and Venezuela. It had its DVD premieres in Brazil and USA in 2005, and its Hungarian TV premiere was in 2006.

Critics’ Kudos:
Matthew Turner, View London: “Effective horror movie with equal doses of suspense and gore. It’s worth seeing, thanks to the combination of the setting, a witty script and Potentes unusual heroine. The performances are good, particularly Potente, who avoids scream-queen cliches by making her character surprisingly unlikable. The first half of Creep is suspenseful and extremely effective, largely thanks to the familiarity of its location and set-up, since drunkenly falling asleep and missing the last tube home is, of course, a fear that anyone can relate to. It also works because of Smith’s inventive direction and his smart script – initially, for example, Kate’s reactions and behaviour are realistic and believable, as opposed to the stupid decisions we expect heroines in horror movies to make.”

David Nusair, Reel Film Reviews: “As a sort of Halloween clone set underground, the film works. Actor Sean Harris does a nice job as the Creep, while Potente has perfected the scream-and-run technique that movies like this require. Though Creep doesn’t re-invent the slasher flick, it’s a fairly well-made variation on the genre that should please gorehounds.”

Scott Weinberg, EFilmCritic.com: “The movie manages to deliver a heaping handful of grisly good. Those coming to the movie looking to fill a quota of violent death will get their money’s worth. Creep is a worthy addition to the pantheon of slashers.”

Original Music by The Insects (Owning Mahowny, Love and Death on Long Island, Wire in the Blood, Bone).

Costume Design by Phoebe De Gaye (Killing Me Softly, The Forsythe Saga, Tom & Viv, A Man of No Importance, Carry on Columbus). 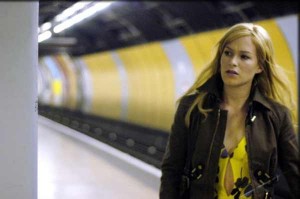 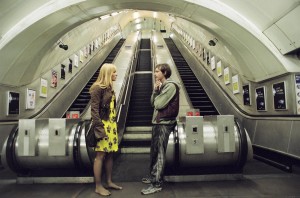 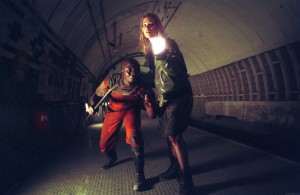 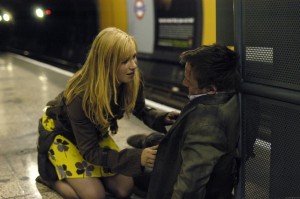