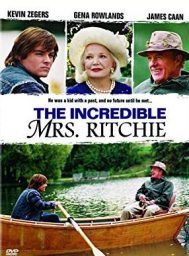 A troubled teen is given the chance to redeem his criminal debt to society.

Synopsis – The touching story of a kid who is having trouble at home and in school, so the principal (James Caan) gives him a choice between expulsion and working after school for an eccentric old lady. An unusual relationship develops between the woman and the student.

Blue Rider’s Contribution:
Executive Producer Walter Josten had a pivotal role in this Showtime Original Premiere, bridge-financing it through Blue Rider, engineering the closing of financing by the Royal Bank of Scotland and bringing in international distributor Kathy Morgan to conduct overseas sales.

Critics’ Kudos:
Rottentomatoes.com raves: “Gena Rowlands delivers another captivating performance in this tender drama about a quirky widow who teaches a troubled teenager some very valuable lessons about life and love.”

Sandra Dozier, DVD Verdict: “Rowlands turns in a warm, completely likable performance as Mrs. Ritchie, a widowed matriarch who has two sons with Down’s syndrome and who can always be found puttering in her vast garden. Charlie is sent to her after a series of delinquent episodes that tax the patience of Dewitt. The theory, apparently, is that a little manual labor (and time away from the bad influences he normally hangs out with) will do him some good. Writer (and director) Paul Johansson wanted to bring his experience with a real-life Mrs. Ritchie to the screen, and he has obviously poured much of his heart into the script and direction.

“When he goes to Mrs. Ritchie, Charlie is horrified by her industriousness, her magnificent garden, her eccentric conversations with her late husband, and her developmentally challenged sons. It is all far too square for him to handle, but he grudgingly goes through the motions. Mrs. Ritchie doesn’t force things, and soon he begins to warm to her. At this point, the viewer starts to warm to the movie, as well, and this is mostly due to Rowlands. She seems to glide in a bubble of tranquility through each scene, either oblivious to the chaos around her (her daughter and son-in-law arrive, and the son-in-law starts wondering how much he’ll get for selling her property), or above it. This latter state seems more likely, since at times we see her pulled back down into the reality of her situation – a reality that includes her own declining health, as evidenced by a persistent cough and periods of weakness.

“As Charlie begins to find his own place in the universe and heal his fractured psyche, things and people around him begin to change, as well. The metaphor of Mrs. Ritchie’s garden as an emblem of Charlie’s flowering humanity isn’t beaten into you with a bat, but it’s something you won’t miss, either.

“There’s a sprinkling of the supernatural toward the end, as well, which livens up the story a bit. The Incredible Mrs. Ritchie is a sweet and endearing story about coming of age. Fans of Gena Rowlands or Kevin Zegers will enjoy their screen time and onscreen chemistry and may want to check this out.

“The video transfer for The Incredible Mrs. Ritchie is good, with a clean print and bright visuals. The production values for this movie are on the medium-high end, and Mrs. Ritchie’s garden is bursting with color that is shown off well by the clear image. Sound quality is also good, with the original English 2.0 surround track and a remastered 5.1 track that is clear. Extras feature interviews with writer-director Paul Johansson about the movie and his cast, and actors Rowlands and Zegers discussing their roles. Also included are bios for the three lead actors and a couple of trailers.”

Major Cast and Crew Credits and Awards:
Directed and written by Paul Johansson (won Emmy for writing The Incredible Mrs. Ritchie and was nominated for another for directing it; wrote and directed Conversations in Limbo and directed eight episodes of One Tree Hill).

Stars Kevin Zegers (five-time Young Artist Award nominee, and winner for Air Bud; one other award and one more nom; appeared in Dawn of the Dead, Transamerica, In the Mouth of Madness, four Air Bud movies, Wrong Turn, Zoom, The Jane Austen Book Club, 11 episodes of Titans, seven episodes of Traders and 41 other movies and TV projects); Gena Rowlands (Oscar noms for Gloria and A Woman Under the Influence; 21 major awards and 16 other nominations for works including Unhook the Stars, The Notebook, Hope Floats, Love Streams, Opening Night, The Betty Ford Story, Hysterical Blindness, The Incredible Mrs. Ritchie, Wild Iris, An Early Frost, Crazy in Love and The Skeleton Key; appeared in Taking Lives, Night on Earth, Playing By Heart, The Mighty, Faces, Once Around, Paris Je T’aime, She’s So Lovely, Something to Talk About, Lonely Are The Brave and 74 other movies and TV projects) and James Caan (Oscar nom for The Godfather; six major awards and nine nominations for works including The Gambler, Funny Lady, Brian’s Song, The Incredible Mrs. Ritchie, Rollerball, The Glory Guys and Misery; appeared in The Godfather: Part II, Dogville, Elf, Dick Tracy, Bottle Rocket, 1941, A Bridge Too Far, Eraser, Mickey Blue Eyes, 88 episodes of Las Vegas and 75 more films and TV projects).

Costume Design by Ruth Secord (two major awards and six nominations for works including Road to Avonlea, Anne of Green Gables: The Continuing Story, Sleeping Dogs Lie, Under the Piano, Promise the Moon and Beautiful Dreams; costume designed P2, Cadet Kelly, Blown Away, Wild Iris, Bleacher Bums, The Thin Blue Lie, 12 episodes of The Border, 35 episodes of Wild Card, seven episodes of The Best Years, 50 episodes of Wind at My Back and 34 other movies and TV projects). 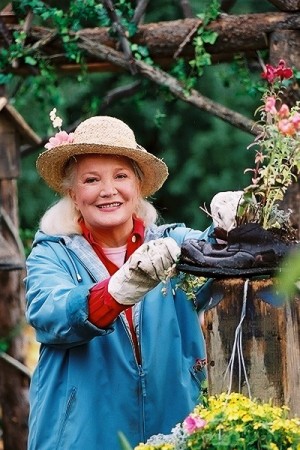 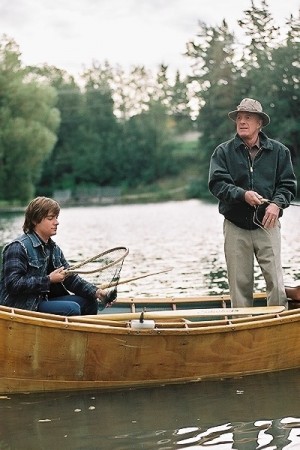 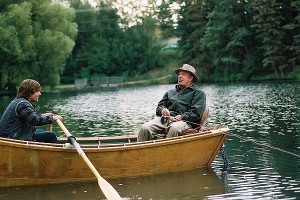