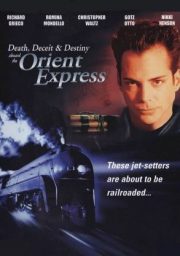 Islamic terrorists seize the legendary train, and Richard Grieco seeks to rescue it and remove the bomb.

Synopsis – Action hero Richard Grieco meets up with some rich Europeans and Americans on a luxury train for a New Year’s Eve trip across Europe, and Islamic terrorists seize the train and blackmail the Western citizens. Grieco and an attractive female companion need to find and neutralize the bombs on the train and fight the terrorists.