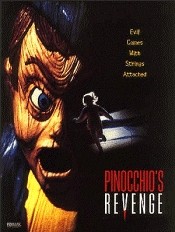 An executed murderer’s doll is adopted by his lawyer’s daughter, and soon people start dying.

Synopsis – A woman lawyer brings home a Pinocchio doll that belonged to her client, who is accused of murdering his son. The client is convicted and executed, even though she believes him innocent. Her daughter finds the doll, thinks it is a birthday present for her and becomes very attached to it. Soon, people start dying. 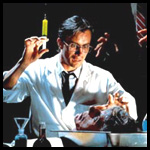