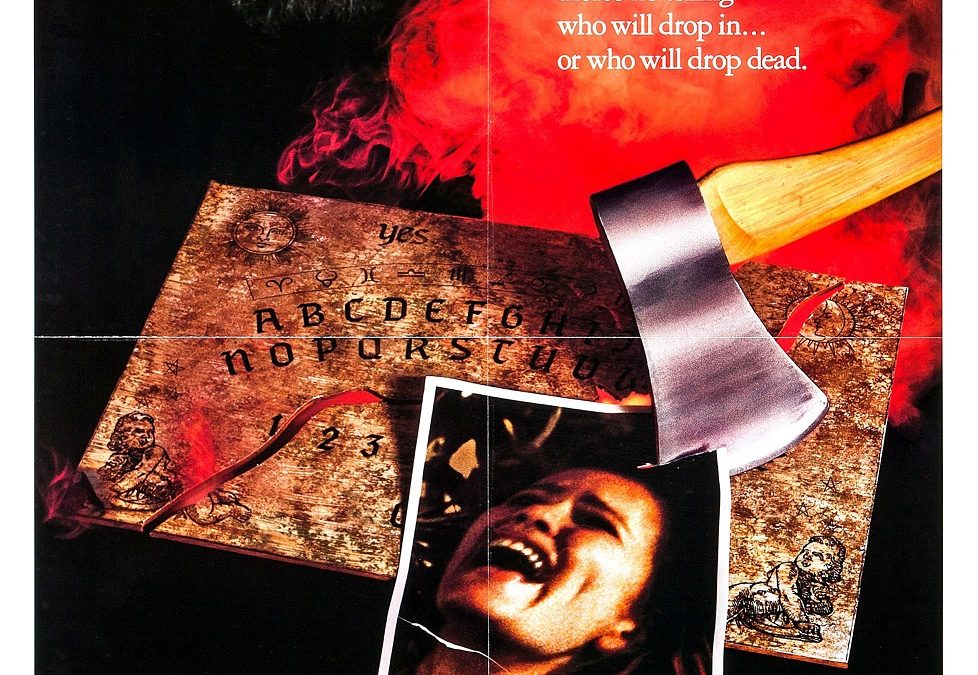 Playing with an ouija board at a party, a young woman accidentally summons the spirit of a dead ax murderer.

Synopsis – A witchboard becomes a doorway to the supernatural when an evil, demonic spirit is unleashed and terrorizes a small community. Intrigued by the board at a party, Linda (Tawny Kitaen) unknowingly calls up the spirit of a dead ax murderer, Malfeitor, who rekindles his “fascination” with blades. Linda’s boyfriend Jim (Todd Allen), suspected of being responsible for the gruesome deaths, must find a way to return the evil spirit to its resting place before it completely takes over the soul of his unsuspecting girlfriend.
Critics blubs
“Two years before Kevin Tenney’s cult hit “Night of the Demons,” he made his auspicious directorial debut with “Witchboard,” a low-budget horror-mystery playing upon the superstitious fears that often come with messing with Ouija boards and the occult. ‘Witchboard’ is cheesy goodness in all the right ways. The film is largely well-made, building upon a creepily enthralling backstory and full of savvy atmospheric touches (an extended tracking shot in a cemetery approaches arty brilliance). That director Kevin Tenney takes the time for his characters (including Kathleen Wilhoite’s supremely offbeat jokester psychic Zarabeth) while never losing sight of the movie’s genre roots helps the outcome immeasurably. ‘Witchboard’ holds one in rapt, chilling attention. Besides, any ’80s movie with a song as irresistibly catchy as Steel Breeze’s ‘Bump in the Night’ is one that is difficult to resist. The’Witchboard’ Blu-ray is worthy of an unequivocal recommendation. Buy it. -Dustin Putman, The FilmFile.com

“By and large, ‘Witchboard’ is a movie I enjoy, but mostly for the nostalgia factor and the fact that Tenney was taking some risks at that particular time in the genre.
–Heather Wixon, Daily Dead

“On the surface, Witchboard looks like a campy, cheesy horror film that most would shrug off pretty quickly, but it’s those qualities that make it more enjoyable than most of the same ilk.”
–Jeff Beck, Examiner.com
“Simple, trashy, and fun — and I’m not just talking about Tawny Kitaen…” –Brian Juergens, Bloody disgusting
“Good eevil fun for everyone.” –Kevin A. Ransom, MovieCrypt.com

People, Awards and Major Credits
Writer/director: Kevin Tenney won best horror feature at San Francisco Indiefest and best feature at Rhode Island Horror Film Festival for Brain Dead; his 13 other director credits include Peacemaker, Night of the Demons and Pinocchio’s Revenge; his 9 other writer credits include Witchboard 2 and 3, Night of the Demons III and Tick Tock.
Stars: Todd Allen (his other 55 credits include Django Unchained, Silverado and Thwe Apostle), Tawny Kitaen (41 credits such as Bachelor Party, Santa Barbara and The Perils of Gwendoline in the Land of the Yik Yak), Stephen Nichols (4 wins and 2 nominations for Days of Our Lives; 40 other credits include T.J. Hooker, Santa Barbara and Empty Nest), Kathleen Wilhoite (2 wins and 2 noms for ER, A Sort of Homecoming and The Fletch; her other 118 credits include Gilmore Girls, L.A. Law and Pay it Forward) and Rose Marie ( 3 Emmy noms for The Dick Van Dyke Show; 74 other credits such as The Bob Cummings Show,My Sister Eileen and The Love Boat).
Executive producer: Walter Josten won Emmy for The Incredible Mrs. Richie; 62 more producer credits including Around the World in 0 Days, Rescue Dawn, Driven, Imprisoned, Red Squad, Ana, Cigarette, Replicas, Zander, The Groomsmen, Back in the Day and Holes.
Associate Producers: Patricia Bando-Josten (associate produced, co-scripted and performed in Night Angel and Pucker Up and Bark Like a Dog), Roland Carroll (13 other producer credits include The Convent, The Gold Retrievers and Legends of Oz: Dorothy’s Return), Donna Reynolds (costumer on Night of the Demons; producer on Pucker Up and Bark Like a Dog) and Bolton Sullivan (associate produced Night Angel and Pucker Up and Bark Like a Dog).
Cinematographer: Roy H. Wagner won 2 Emmys for Quantum Leap and Beauty and the Beast and American Society of Cinematographers Award for Drug Wars: The Cocaine Cartel; 4 more noms; shot 75 other projects, such as Ray Donovan, House and Elementary.
Makeup creator John Blake was Oscar nominated for Hoffa, won an award for Planet of the Apes and earned 4 noms for that film and Tropic Thunder;
His 63 credits include Fargo, Guardians of the Galaxy 2 and There Will Be Blood. 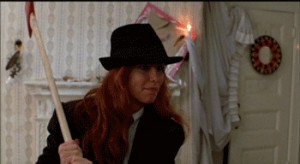 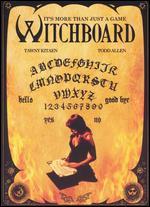