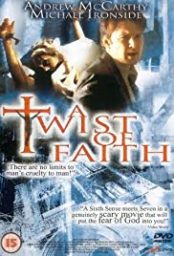 The actions of a clergy-slaying serial killer throw the detective assigned to the case into a crisis of faith, but the investigation heats up again when the detective begins to suspect conspiracy within the city’s police department.

Awards for A Twist of Faith:
A Twist of Faith was nominated for two Canadian Leo awards: for Peter Allen’s musical score and for Suzi Joachim’s performance.

Major Cast and Crew Credits and Awards:
Directed by Chris Angel (Wishmaster 4: The Prophecy Fulfilled, Wishmaster 3: Beyond the Gates of Hell, The Fear: Resurrection; Emmy-nominated for Expedition: Bismarck).

Stars Andrew McCarthy (Pretty in Pink, St. Elmo’s Fire, Weekend at Bernie’s, The Joy Luck Club, Mulholland Falls, Less Than Zero; won awards for Mannequin and News For the Church; 41 other films and TV projects); Michael Ironside (Top Gun, Total Recall, Starship Troopers, The Perfect Storm, The Falcon and the Snowman; five nominations for works including Scanners, The Ray Bradbury Theatre, Le Dernier Chapitre: La Suite and One Boy One Wolf One Summer; 85 other films and TV projects) and Suzi Joachim (White Chicks, Disturbing Behavior, How to Kill Your Neighbor’s Dog; nominated for 2000 Best Actress Leo Award for A Twist of Faith).

Cinematography by Danny Nowak (The Big Hit, Dead Like Me, Men With Guns; two awards and five nominations for works including The Burial Society, The Love Crimes of Gillian Guess, Twitch City and Nothing Too Good for a Cowboy).

Release Data:
Released in Canadian theatres in 1999 and on video in Germany and Iceland. It debuted on UK video in 2000, on Norwegian video in 2001 and on Finnish DVD in 2004.

Links:
Internet Database site for A Twist of Faith 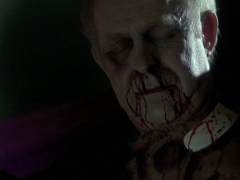 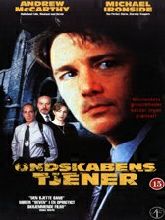