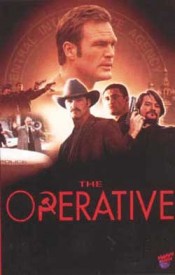 A CIA agent captured by the KGB has a chance to earn his freedom by stealing a valuable painting and giving it to his captors.

Synopsis – Brian Bosworth plays CIA agent Alec Carville, who is caught in Russia just as the Cold War is ending. For the next 11 years, Carville is locked away in a Russian mental institute and given up for dead at home. He is offered a chance for freedom by posing as Felix Grady, a Texas billionaire, and stealing a priceless painting.

The disguised Carville is about to walk out with the painting when the real Grady walks in the door. In the ensuing chaos, bullets fly and hostages are taken.