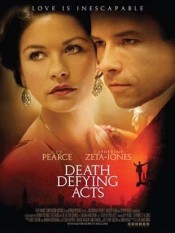 During magician Harry Houdini’s 1926 tour of Britain he meets and falls in love with a Scottish psychic.

Synopsis – During Harry Houdini’s tour of Britain in 1926, the magician enters into a passionate affair with a Scottish woman in this lavish period romantic drama. She is a psychic who tries to con him by holding a seance to contact his dead mother, but Houdini is not easy to con.

Critics’ Kudos:
Dennis Harvey, Variety: “A brisk, well-produced pic. (Guy) Pearce gets to show off a fearsomely fit form, Zeta-Jones has fun with her psychic act, and both do their accents well. Lensing, production design and costuming are all very attractive. Gillian Armstrong is one of the best Aussie directors of her generation.”

Gary Goldstein,Los Angeles Times: “Death Defying Acts is far more diverting and well-crafted than its promotion-free release campaign might suggest. Director Gillian Armstrong, working from a darkly humorous, occasionally poetic script by Tony Grisoni and Brian Ward, conjures up 1926 Edinburgh, the site — at least as drawn here — of Houdini’s penultimate performances. What the film loses in momentum as the romance takes over, it gains in sex appeal as its two attractive actors make their own kind of magic.”

Ray Bennett, The Hollywood Reporter: “The film has a good cast topped by Guy Pearce and Catherine Zeta-Jones, a decent love story and lots of atmosphere. Pearce became remarkably fit to play the athletic illusionist, and he brings his typically resourceful acting to bear on the role of the famous showman.

“The screenplay by Tony Grisoni and Brian Ward makes use of Houdini’s stunts and obsessions and creates a credible mother and daughter relationhsip for Oscar-winning Zeta-Jones and nominee Ronan. Pearce and Zeta-Jones look good, and there is nothing wrong with their performances.”

Scott Foundas, L.A. Weekly: “It’s 90% better than everything else out there.”

Scott Weinberg, Cinematical: “Lovely to look at and packed with some solid doses of charm and wit. Guy Pearce delivers a fine and firmly affable performance as Houdini. As the single mother with a flair for fake fortune-telling, Catherine Zeta-Jones is just as lovely as ever and oozes old-school movie star vibes. And young Saoirse Ronan makes for a plucky little sidekick/ daughter, just in case you happen to bring your kids to the movie. Those who enjoy colorful comic relief should enjoy the broadly blustery performance by Timothy Spall as Houdini’s short-tempered manager.

“As a visually arresting little ‘what if?’ tale, one that centers on a pop culture icon who still fascinates us today, Death Defying Acts is a perfectly passable period piece (that)should capably please its intended audience.”

Dana Stevens, Slate: “Gillian Armstrong’s Death Defying Acts (The Weinstein Co.) is a minor but satisfying entry in the “what if” historical-fantasy genre. All a “what if” movie needs to win me over are some lush costumes and production design, a smart casting choice or two, and a really ridiculous basic idea. Death Defying Acts obliges on all fronts.

“Pearce attacks the role of the troubled escape artist with his signature intensity. Zeta-Jones has fun with the scenes in which she and Houdini flirt by exposing the tricks of their respective trades. Even more than in Atonement, Saoirse Ronan struck me in this film as a major talent who may be able to make the transition from child to adult actress. Her face is so vibrant and responsive, you want to grab her and cast her as every famous heroine of girls’ literature -Anne of Green Gables, Harriet the Spy, Mary in The Secret Garden – before she hits puberty.

“There’s something touching about this movie’s belief in its own outlandish central premise, which comes down, in the end, to a bit of stargazing wish-fulfillment. What if Harry Houdini came to town, and a two-bit scammer managed to trick the ultimate trickster into falling in love?”

David Nusair, Reel Film Reviews: “Death Defying Acts casts Guy Pearce as Harry Houdini, with the bulk of the film revolving around the legendary magician’s relationship with a conniving Scottish psychic (Catherine Zeta-Jones’ Mary McGregor) and her scrappy daughter (Saoirse Ronan’s Benji). Anchored by Pearce’s expectedly charismatic performance, the film generally comes off as a watchable effort; director Gillian Armstrong’s lush visuals effectively complement Tony Grisoni and Brian Ward’s screenplay. The film offers yet another eye-opening performance by Ronan, who – between this and Atonement – is surely setting herself up as a major new talent within the industry.”

Colin Fraser, Moviereview Australia): “Harry Houdini adjacent an under-construction Sydney Harbour Bridge sets an eloquent opening tone. Gillian Armstrong’s vivid romantic drama is many things, foremost it is elegantly dressed: Jones and Pearce hug the camera, opulent locations do the rest. The story soon moves to Britain where the celebrated American is wowing the natives. Houdini (Pearce) is the first word in magic, an escape artist who can free himself from chains submerged in a tank of water. But there are many types of bonds, and chains of love are another matter entirely.

Death Defying Acts is, foremost, a love-story between two people whose line of work brings them closer than they thought possible. She is Scottish beauty Mary McGarvie (Jones) who, with her scrappy daughter Benji (Atonement’s Saoirse Ronan), offers a different type of escape. They’re con artists who ‘commune with the dead’ for pennies a performance. Learning that Houdini has a secret for which he’ll pay handsomely, the set out to divulge his heart’s desire.

No stranger to the genre, Armstrong ticks all the boxes as she layers her story with a confident sense of period need. Mary’s poor background, her unconventional ways and her daughter’s unconventional beliefs butt neatly into Houndini’s privileged, empty world. Timothy Spall as his anxious manager lends ample weight. Rising talent Saoirse who injects a sense of intrigue and urgency that fits with the wondrous detail.”

Stefan S, In a Nutshell Review: “Beautifully shot. Guy Pearce provided quite an intense and charismatic Houdini with personal demons of his own to do battle with. Timothy Spall, who plays Mr Sugarman, Houdini’s manager, allowed for some light moments. And credit goes to keeping the ending quite right.

Nick Plowman, Fataculture: “It is entertaining, charming and visually attractive. As the three masters of deception weave their pretences with their seeking of what they truly want, each wanting something particular from each other, the story becomes all the more enchanting.

“Draped in fine, exquisitely designed costumes, and set to a score that adjusts itself to suit the alteration of its characters- thematic exploits, [its] cinematography adds to the film’s unforced grace, resulting in a technically well-designed film.

“Stealing the show is the young Ronan, yet again, coming across as precious and wise beyond her years, only in ‘Death Defying Acts’ her character is far gutsier and less infuriatingly naive compared to her character in her breakthrough role in Atonement. Guy Pearce finally is allowed to show off a bit of his skill and sharp range, and his portrayal of a darker, edgier Houdini, one who uses his position in the spotlight to further his amusement in the shadows, is complex enough for one to call it one of his most finely tuned performances to date.
Zeta-Jones, adopting a heavy but fine Scottish accent, also gives a vivid turn as a woman who blends her skill as a fake-medium and her skill as a seductive woman in a manner that suits her every need, and for a woman her ‘age’ in showbiz, she uses every rule in the book as well as those she concocts herself to ensure her comfortable footing in life.

If pressed to give two reason as to why one should set out to see this particular film, the artistry of the technical designs and the even-paced, complex performances would be those reasons.”

Louise Keller, Urban Cinefile: “[Director Gillian] Armstrong takes the material and shapes it into a splendid tale, a compelling mix of fact and fiction. I really like the unexpectedness of this surprisingly dense film and its four stand-out performances from its leads. Thirteen year old Saoirse Ronan must surely be the most promising young talent of the year; she portrays the street savvy but innocent Benji with such grit and truth. She and Zeta-Jones (with a fine Scottish accent) make an endearing pair, both off and on stage. Timothy Spall injects sober reality as the man who looks out for the great Houdini, and it is good to see Guy Pearce in a role that allows him to display all his talents.

Armstrong paints a complex portrait of the times, the celebrity world of Houdini and Mary’s struggling existence. I love the scene when Mary takes Houdini to a regular bar and all pretence is discarded as they laughingly make coins disappear all the while smiling knowingly at how the trick is done. Of course, love complicates everything, and the film gracefully shifts and twists until the final resolution which is nicely done. Armstrong pulls yet another trick out of the hat with Cezary Skubiszewski’s magical score and Gemma Jackson’s production design is a treat.”

Major Cast and Crew Credits and Awards:
Directed by Gillian Armstrong (five awards and seven other nominations for works including My Brilliant Career, High Tide, The Last Days of Chez Nous, Mrs. Soffel and Unfolding Florence: The Many Lives of Florence Broadhurst; also directed Little Women, Charlotte Gray, Oscar and Lucinda, Starstruck and Fires Within).

Written by Tony Grisoni (1997 Emmy nominaton for The Island on Bird Street; Chlotrudis Award nom for Brothers of the Head; also wrote Fear and Loathing in Las Vegas, In this World, Tideland, Queen of Hearts, Weiser and The Lives of the Saints) and Brian Ward (The Interpreter, Tabloid, eight episodes of Shoebox Zoo).

Stars Catherine Zeta-Jones (High Fidelity, The Terminal, Intolerable Cruelty, America’s Sweetheart; won 2002 best supporting actress Oscar for Chicago; 14 other awards and 13 other nominations for works including The Mask of Zorro, Traffic, Entrapment, The Haunting and Ocean’s Twelve; also appeared in High Fidelity, Intolerable Cruelty, America’s Sweethearts and 18 episodes of The Darling Buds of May) and Guy Pearce (two awards and five other nominations for Memento; another award and seven other nominations for The Proposition, L.A. Confidential, The Hard Word and Woundings; also appeared in The Count of Monte Cristo, The Time Machine, Rules of Engagement, Factory Girl, Deux Frères, Ravenous and The Adventures of Priscilla, Queen of the Desert).

Original Music by Cezary Skubiszewski (six awards and 10 more nominations for works including Two Hands, After the Deluge, The Sound of One Hand Clapping, Lilian’s Story, The Book of Revelation, Bootmen and Strange Fits of Passion; also scored The Wood Boy, Hating Alison Ashley, The Society Murders and six episodes of Carla Cametti PD).

11other trailers in various formats 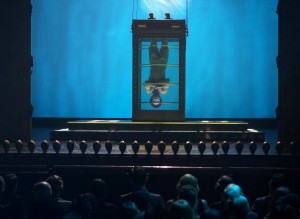 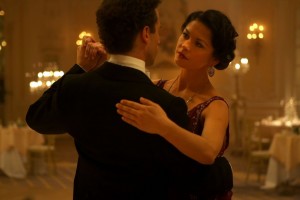 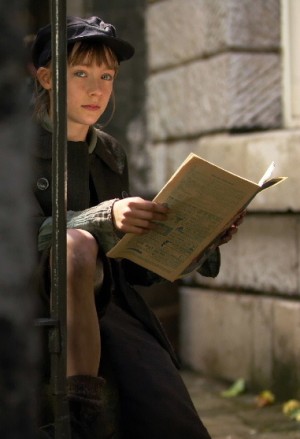 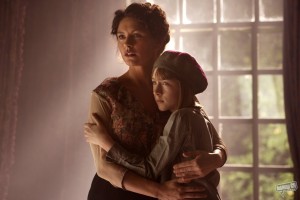 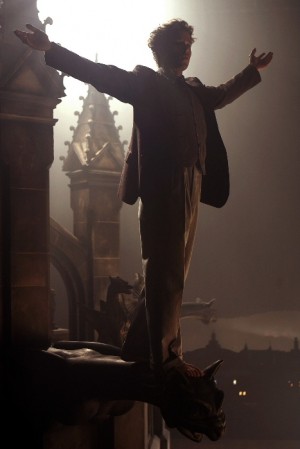 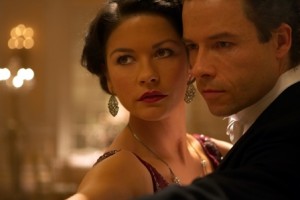 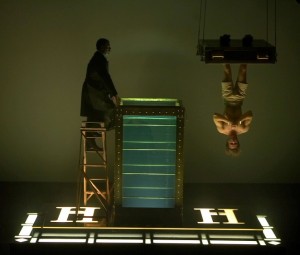 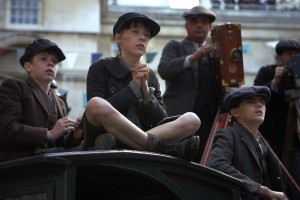 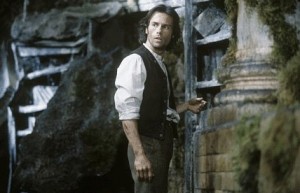 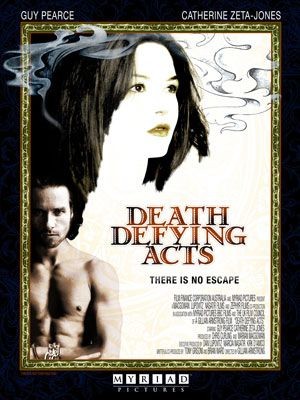 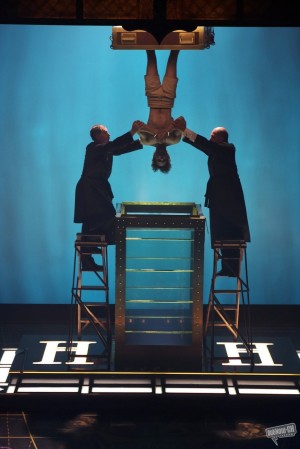 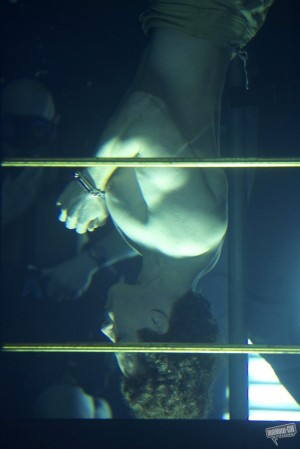 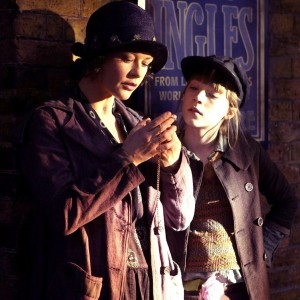 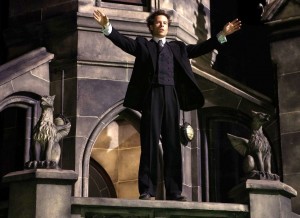 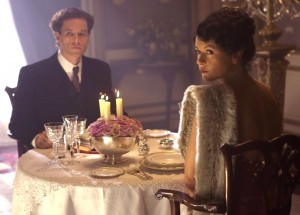 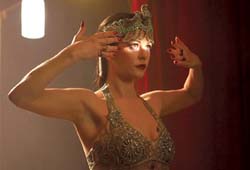 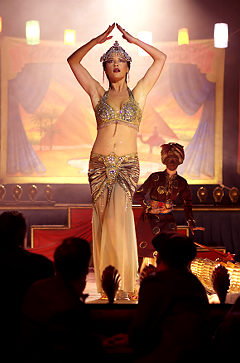