Out of the Wilderness: aka “The Adventures of Black Feather” (2001) 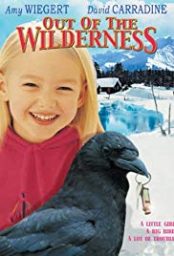 A girl defends a raven that once saved her life from neighbors who wish to kill the bird.

Original Music by David Reynolds (Beauty Shop, Cruel Intentions 3, Tex: The Passive-Aggressive Gunslinger, In Her Line of Fire, The Novice and 22 other movies and TV projects).

Release Data:
Aired on US television in 1995 as The Adventures of Black Feather and again in 2001 as Out of The Wilderness; was released on DVD and video in 2004.

Links:
Internet Movie Database entry for Out of the Wilderness
Trailer (in three formats)