Simple Courage: An Historical Portrait for the Age of AIDS (1992) 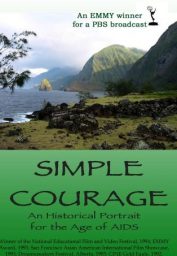 This film documents the efforts of Belgian Father Damien to ease the suffering and raise the dignity of leprosy patients on the Hawaiian Island of Molokai.

Synopsis – This powerful documentary chronicles the treatment of leprosy victims in Hawaii in the 19th and early 20th century, when more than 8,000 sufferers, mostly native, were banished to an isolated peninsula on the island of Molokai and practically abandoned. One man, however, in a simple act of courage, took it upon himself to bring comfort to these hopeless people. He was Father Damien, a Catholic missionary from Belgium, who spent 16 years caring for the “untouchables” until he himself succumbed to the disease. He transformed their prison into a place of decency and respect. Using archival footage and moving interviews with survivors from the ’30s and ’40s, Simple Courage shows the emotional pain of banishment from their ancestral homes added to the ravages of the disease. 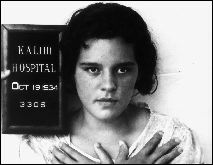