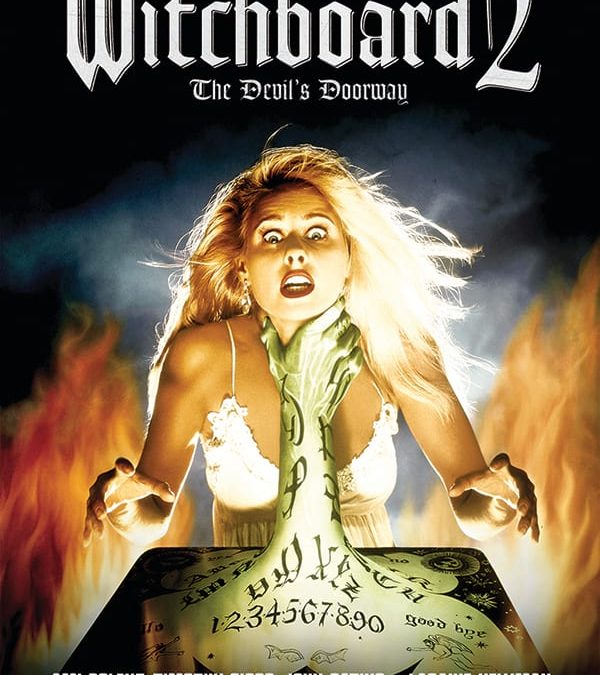 A beautiful young woman opens the door to her new apartment and unlocks a passageway to pure evil, in the spine-tingling supernatural sequel to the popular hit Witchboard.

John Gatins’ Later Success:
John Gatins, who appears in this early Blue Rider film, and who starred in Leprechaun 3, is now under Oscar consideration for penning the hit 2012 Robert Zemeckis-Denzel Washinton film FLIGHT. In it, Washington plays a commercial airline pilot with a penchant for cocaine, alcohol and flight attendants who heroically lands a broken jetliner, only to have his sobriety questioned during the follow-up investigation. Although Gatins has been sober for 20 years, he was once a serious abuser of drugs and alcohol, who also had a fear of flying. Blue Rider’s Jeff Geoffray says, “John is a great guy whom we loved working with. It is wonderful to see that a young man we had such faith in has overcome personal obstacles to succeed in such a way.”

Critics’ Kudos:
EFilmCritic.com: “First off, Ami Dolenz is cute and sexy. She does not do any nude scenes, but her lovely clothes get smaller and smaller as the film goes on, and this seems right to me! Dolenz’s acting suffers because Tenney changes her too quickly. In one scene she is sugar and spice; in the next she is wearing short shorts and a halter top into the woods to dig up a body. Gibbs as Mitch is ruggedly handsome and should be doing more than this type of stuff. Tenney’s direction is better here; he works his budget around to highlight some decent effects and action.”

Burnout Central review by “Pizowell”): “Witchboard 2 is a competently written and directed flick that proves that ouija boards are not toys, but sure can be fun. The sequel to Witchboard is much more fun and stylish. Director/writer Kevin Tenney gives us the goods here. We get plenty of great angles and very cool camera work. With this, Witchboard, and Night Of The Demons, Tenney has proved to be a talented director and a name to remember.

“Ami Dolenz (daughter of my favorite Monkee, Mickey) looks great in the lead and, despite what you may have heard, is a pretty good actress. She is so cute too!

“Witchboard 2 manages to be more than just a supernatural thriller; it also creates an interesting murder mystery when we realize that the spirit Susan was murdered by someone close to Paige. While murder and mayhem are all around her, she investigates the mysteries surrounding Susan’s death, while Susan wants to take control of Paige’s body and we examine the suspects to figure out who killed Susan. Pretty fun stuff.
Witchboard 2 is an entertaining and stylish little flick that succeeds at being fun. Check it out if you have the chance.”

Brian J. Wright, The Cavalcade of Schlock: “This was reasonably diverting; there were a few shots which made me go ‘Cool!’ and rewind it so I could watch ’em again. There’s some laughs and an amusing sequence where a spinning buzzsaw blade chases one guy around. I also liked a scene were a wrecking ball smashed one unlucky character and a van; we’re given a ball’s-eye-view. Worth watching for Tenney’s directorial energy and inventiveness.”

Special Effects Coordinators: Kevin Francis McCarthy (Murder in the First, Hobgoblins, Fear of a Black Hat, Where the Day Takes You, Indecent Behavior III, Attack of the 60-Foot Centerfolds and 37 other films and TV projects) and Sandra McCarthy (Scenes from the Class Struggle in Beverly Hills, Three Ninjas Knuckle Up, Trancers II, Cold Steel). 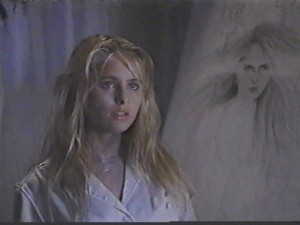